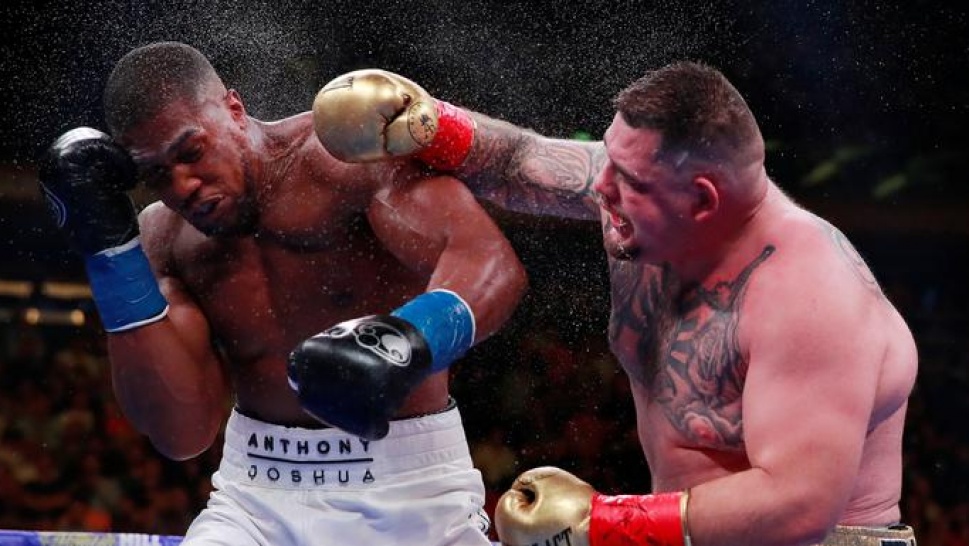 In one of the biggest shockers of the year!

Mexican boxer Andy Ruiz Jr knocked out Britain's Anthony Joshua in the fight for the title of the world heavyweight champion in the Medison Square Garden in New York.

Ruiz, 29, who came in the ring with Joshua in a substitute for suspended Jeremy Miller, knocked out former world champion in the WBA, WBO and IBF category in the seventh round and thus made Joshua suffer his first defeat in the professional career.

In the third round, Joshua was the first to send the rival to the ground, but the Mexican quickly returned with the same measure, and after one of the knockdowns in the seventh round, the referee interrupted the match. Ruiz has 33 victories (22 knockout), with one defeat.

Joshua was without a defeat in the 22nd professional match (21 knockout) until the match in New York, and the match with Ruis was his debut over the pond.

"It would not have been possible if my dad was not there, it's incredible, I worked for this whole life and dreamed about it. I can not believe that my dreams have come true. I have these Mexican blood inside me, and that's all they could see I saw that he was shaken, but I did not want to just swing, but I kept my plans and tactics. I'm delighted to be able to gift this to my Mexicans, it's time for the festival, and for me sky is the limit. " Ruiz said after fighting.

The British embraced the rival after the match, and even interrupted Ruiz's speech to give him a confession.

"I lost to a very good fighter, it will be interesting to see how far he will go," he said. "I congratulate him on the great result. He is now the world champion, but we will see each other again," said Joshua.

The British planned to challenge Tyson Fury', but the condition was to win against Ruiz.

Joshua recently stated that his goal was to get in the ring with American, but they keep accusing each other of evasion.

"He wasn’t a true champion. His whole career was consisted of lies, contradictions and gifts.
Facts and now we know who was running from who!!!!," wrote Wilder on Twiter.