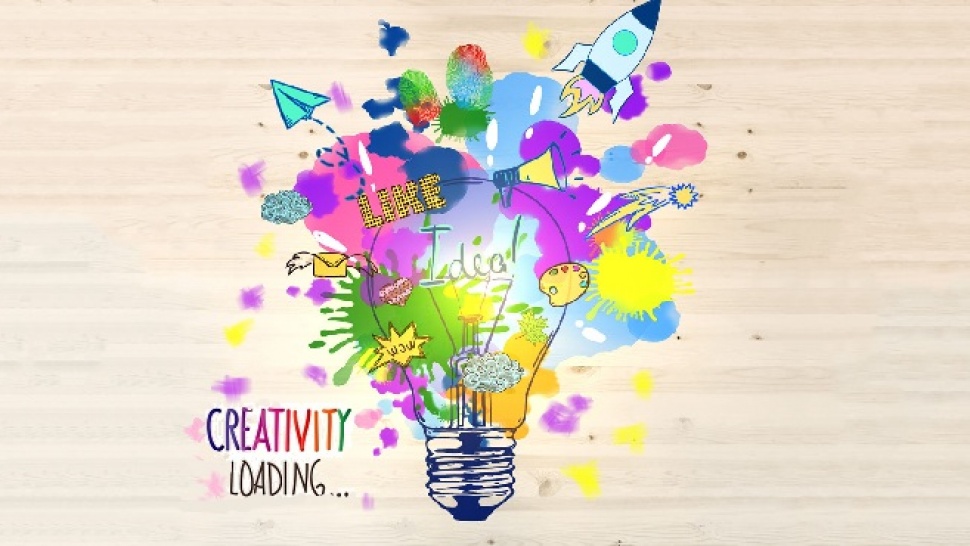 How to Unlock Your Hidden Creative Genius

The creative process is the act of making new connections between old ideas or recognizing relationships between concepts. Creative thinking is not about generating something new from a blank slate, but rather about taking what is already present and combining those bits and pieces in a way that has not been done previously.

Is There Such a Thing as ‘Naturally Creative'?

While we often think of creativity as an event or as a natural skill that some people have and some don't, research actually suggests that both creativity and non-creativity are learned.

According to psychology professor Barbara Kerr, “approximately 22 percent of the variance [in creativity] is due to the influence of genes.” This discovery was made by studying the differences in creative thinking between sets of twins.

All of this to say, claiming that “I'm just not the creative type” is a pretty weak excuse for avoiding creative thinking. Certainly, some people are primed to be more creative than others. However, nearly every person is born with some level of creative skill and the majority of our creative thinking abilities are trainable.

3 Lessons on Creativity from Famous Creators

How to Be Creative

Step 1: Give yourself permission to create junk

In any creative endeavor, you have to give yourself permission to create junk. There is no way around it. Sometimes you have to write 4 terrible pages just to discover that you wrote one good sentence in the second paragraph of the third page.

Creating something useful and compelling is like being a gold miner. You have to sift through pounds of dirt and rock and silt just to find a speck of gold in the middle of it all. Bits and pieces of genius will find their way to you, if you give yourself permission to let the muse flow.

Step 2: Create on a schedule

No single act will uncover more creative genius than forcing yourself to create consistently. Practicing your craft over and over is the only way to become decent at it. The person who sits around theorizing about what a best-selling book looks like will never write it. Meanwhile, the writer who shows up every day and puts their butt in the chair and their hands on the keyboard — they are learning how to do the work.

If you want to do your best creative work, then don't leave it up to choice. Don't wake up in the morning and think, “I hope I feel inspired to create something today.” You need to take the decision-making out of it. Set a schedule for your work. Genius arrives when you show up enough times to get the average ideas out of the way.

Finish something. Anything. Stop researching, planning, and preparing to do the work and just do the work. It doesn't matter how good or how bad it is. You don't need to set the world on fire with your first try. You just need to prove to yourself that you have what it takes to produce something.

There are no artists, athletes, entrepreneurs, or scientists who became great by half-finishing their work. Stop debating what you should make and just make something.

How to Find Your Creative Genius

Finding your creative genius is easy: do the work, finish something, get feedback, find ways to improve, show up again tomorrow. Repeat for ten years. Or twenty. Or thirty.

Inspiration only reveals itself after perspiration.