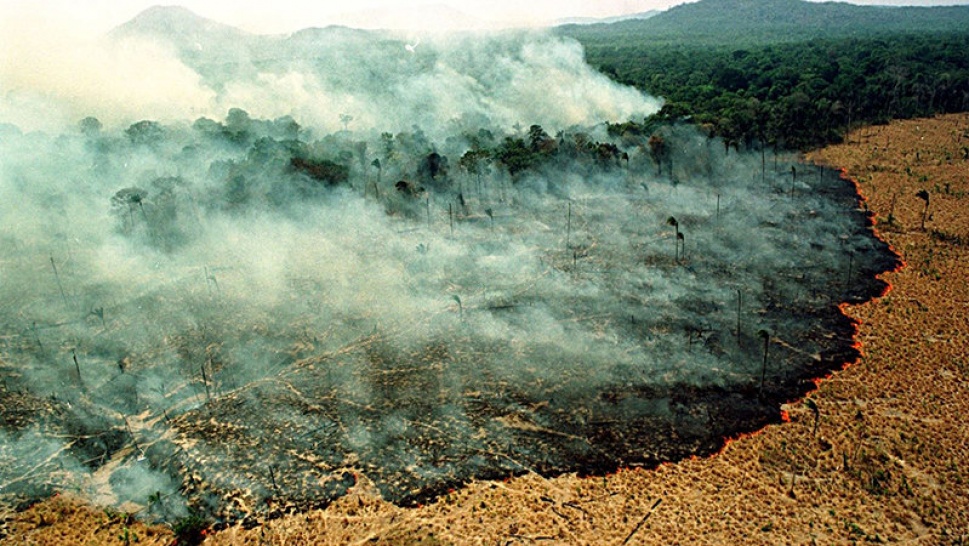 Cutting, burning, droughts and floods could soon cause enough damage to the Amazon rainforest, which not only will fail to recover, but the world's largest rainforest will enter the dying cycle.

Should the Amazon rainforest reach a sufficient level of loss of green cover, the entire region will suffer irreversible changes that will change the green landscape into savannahs with scattered parts under low greenery, and the loss of biodiversity will be catastrophic worldwide.

The warning comes from a research report published by Science Advances, co-authored by Carlos Nobre, Chair of the Climate Change Unit at the Brazilian National Institute of Science and Technology (INPE), and Thomas Lovejoy of George Mason University in the US.

"The Amazon system is near the point of no return," Lovejoy said.

As the authors have stated, since the 1970s, when Professor Eneas Salati found that the Amazon rainforest generates roughly half of the rainfall required for its survival and development, the question is what the maximum loss of green cover would have to be before the entire regional the hydrological cycle had degraded so much that the world's largest rainforest could no longer survive.

The first models used estimated that the loss of green cover would have to be 40 percent in order for such a scenario to materialize.

In recent decades, however, new factors have emerged that affect the hydrological cycle of the Amazon. These factors include climate change and widespread ignition during the dry season to clear space for farmers.

The combination of logging, climate change and ignition indicates that drastic ecosystem changes in the eastern, southern and central parts of the jungle would result in as much as 20 to 25 percent of green cover lost.

These estimates and models are based on research published in 2016 by Proceedings of the National Academy of Sciences, conducted by Nobre with colleagues from INPE, the Brazilian National Institute for Space Research, the Center for Natural Disaster Prevention, and the University of Brazil.

"Despite not knowing the exact point of no return, we estimate that Amazonia is very close to the border. The loss of green cover has reached 20 percent - about one million square kilometers, although about 15 percent of that area (150,000 square kilometers) is recovering, "Nobre noted.

According to the researchers, the 2005, 2010 and 2015-2016 mega droughts could be the first signs of approaching a point of no return. These events, together with the great floods of 2009, 2012 and 2014, lead to the conclusion that the entire Amazonian system is oscillating.

"Human behavior has exacerbated disturbances in the hydrological cycle of the region. If it had not been for human action, a large drought would have caused the loss of a number of trees, but it would have been compensated next year with heavy rainfall, establishing an equilibrium, "Nobre stated.