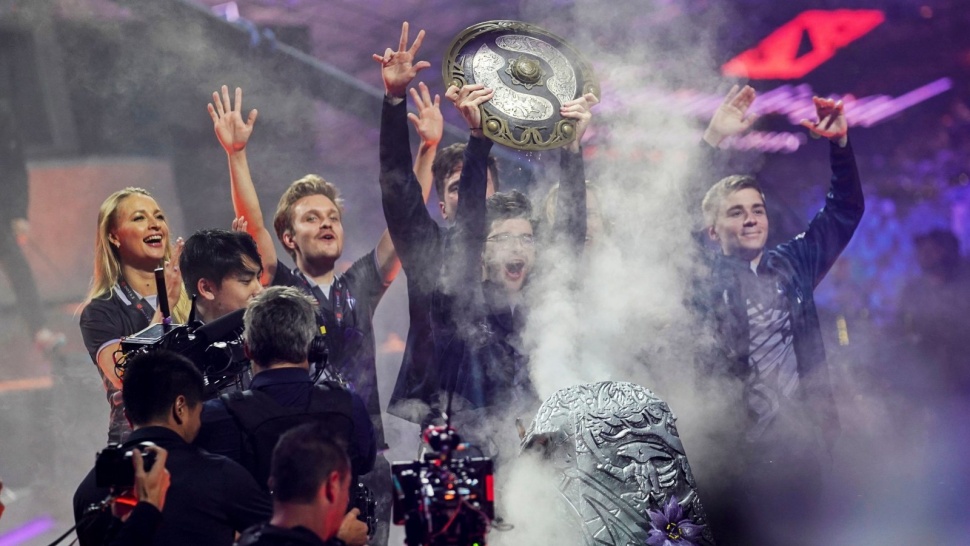 It's not just Fortnite champs who are making conventional sports players seem underpaid. OG has won Valve's The International Dota 2 tournament for the second year in a row (the first time any team has won back-to-back), pulling in a record-setting $15,603,133 out of an even larger $34,292,599 prize pool. That's not just the largest top prize in esports history -- it could also be a windfall for each of the five team members.

Esports consultant Rod Breslau pointed out that an equal split of the $15.6 million prize would give each OG player about $3.1 million. Tiger Woods, for context, 'only' pulled in $2.07 million at the 2019 Masters. Even the Wimbledon singles champs Novak Djokovic and Simona Halep took home $2.9 million each. While golf and tennis frontrunners may be more famous overall, there's little doubt that it's very lucrative to be a top-tier esports player.

Before you drop your racquet and pick up a keyboard and mouse, it's important to remember the caveats. The International may be huge, but it's only one major event -- top-level tennis has three other Grand Slams besides Wimbledon. And unlike tennis or golf, even the most successful esports careers tend to be short as the necessary hyper-fast reflexes fade quickly. Nonetheless, it's hard to look at these figures without at least raising an eyebrow. Competitive gaming now involves massive amounts of money, and that makes it difficult to ignore.

In a first of Dota 2 history, OG Dota have become the back-to-back champions of The International—and, once again, bring home the largest prize in competitive video gaming.

An intense best-of-five finals saw the European team persuasively take the series three-to-one for the championship over Euro rivals Team Liquid. Both teams already set the stage for a historic match of Dota 2, as it was the first grand finals of The International to feature solely TI finalists, and nine out of ten players had already won a TI in the past. They met an enthusiastic crowd in Shanghai, China, where TI had been held for the first time off the North American Continent.

Upon victory, OG earned a record-breaking $15,603,133 USD, now the largest first-place prize earned in an esports organization. It’s about 45.5% of a whopping $34,292,599 prize pool, a purse crowd-funded by Dota 2 fans and that breaks its own event’s record of the largest in esports. Team Liquid takes home their own pretty coin, too, winning $4,458,038 as the second-place squad. All nine contenders for a repeat Aegis are now the highest-earning players in esports history, with the OG players topping the list.