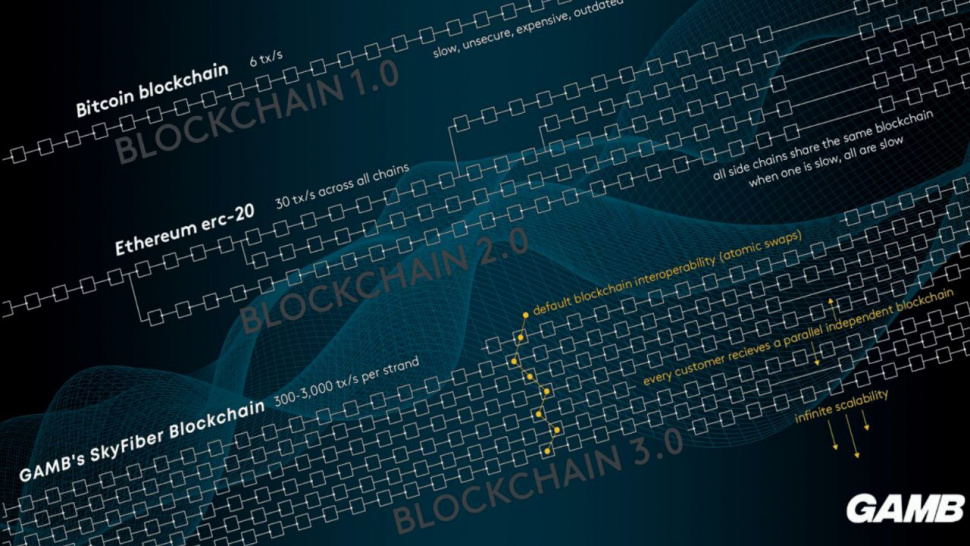 GAMB Power to the Merchants

How should a Blockchain be build? Based on PoW or PoS? But what about PoT? A parallel, customizable and scalable network of nodes replicating the way humans naturally make decisions.

GAMB's GMBT coin is not just a regular coin operating on the GAMB marketplace. GMBT is very unique in that it is built on the Skyfiber blockchain which has many more advantages than disadvantages. This cannot be said about most common blockchains today. Most blockchains operating today were designed to generate profit through their services while at the same time being extremely complicated and slow to use.

Even Ethereum, one of today's most noteworthy blockchains is not immune to these struggles. For the Ethereum blockchain, it is very difficult to achieve optimal speed and efficiency due to the fact that thousands of transactions are being validated at the same time across its core chain.

For a distribution network of cryptocurrencies to function properly and for the flow of information to be adequate, much needs to be improved regarding the speed of transaction entry and time to reach consensus, otherwise, a large application of cryptocurrencies for online e-commerce will be difficult.
To efficiently establish the daily use of cryptocurrencies in e-commerce, a system that can examine hundreds of thousands of micro-transactions in just one second at low to no cost is needed. This is not an easy task, but for cryptocurrencies to take their rightful place in the global trading markets, it must be achieved. 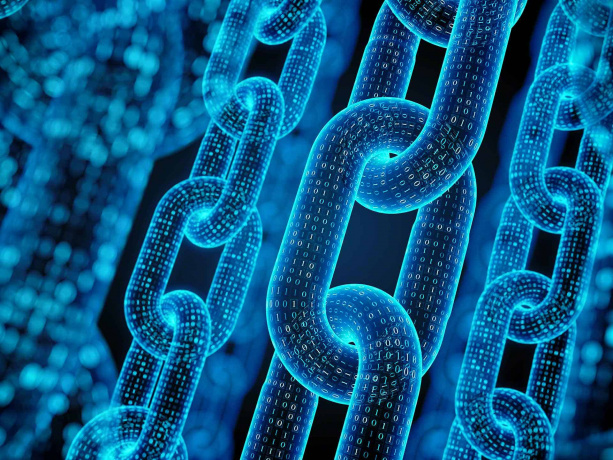 Let’s dive into an example to demonstrate the challenge at hand. Imagine you want to buy a toy for your child's. birthday using Bitcoin or ETH. The toy costs 2 USD. Based on the low value of this single transaction you would have to wait hours for the transaction to be confirmed and the gas fee you would have to pay for the actual validation would be higher than the basic price of that toy. This works when buying a Tesla worth 30k-150k but it is unsustainable for small & frequent transactions.

When it comes to Bitcoin and Ethereum networks, all the additional costs are due to shortcomings in the design of these systems. The more popular a platform is, the longer it takes to process a transaction and the harder it is to reach miners to validate small to medium value transactions, largely based on the fact that miners operate on a "largest bid" basis.

As a result, the time for achievement of consensus becomes longer on each subsequent node that inputs transactions because each blockchain must be replicated at the level of the entire network. As a blockchain platform becomes more popular, new nodes are added and the transaction processing time is increased. In short, the more transactions are made on the blockchain the higher the cost to transact on it. Backwards, isn't it? What ever happened to good old supply and demand theory?

Now that we have set the scene about what is going on with today's most popular blockchains, let's dive into how GMBT's Skyfiber consensus algorithm called "Obelisk" manages to overcome these common barriers.

Obelisk consensus mechanism uses a PoT (proof of trust) consensus algorithm which establishes a unique validation mechanism modeled on a 'web of trust' topography and distributing influence across the network in a manner reminiscent of human social dynamics. Every node has a list of trusted nodes to which it subscribes to and the more subscribers a node has, the more influence it has on the network. Due to the transparent and public nature of the decisions and trust lists located on each node's individual blockchain, a misbehaving node can easily be identified and isolated by the community as nodes will simply remove the malicious node from their trust list, causing the node's influence to wane. This mechanism allows the community to shift the balance of power on the network rapidly which bring s about a highly democratic and decentralized decisioning process.

Aside of the above unique consensus mechanism, the Skyfiber Platform also uses Parallel Peer-Chain technology. This is the key to what makes it so special and different from all other blockchains. Parallel chain architecture is much more efficient than the classic uni-chain blockchain. By aligning multiple different blockchains in parallel while being able to scale laterally as well as horizontally, all chain entries are parallel with each other and operate in an independent yet connected environment, not overloading one chain with all network transactions. 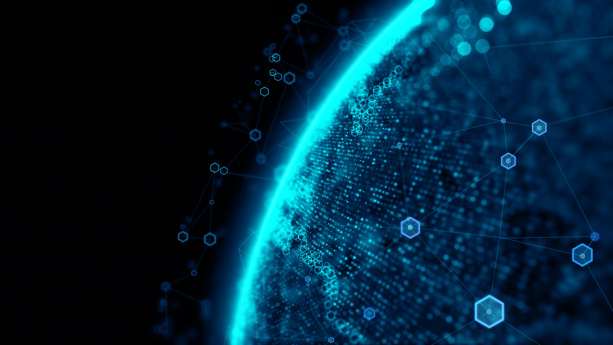 To learn more about GAMB and the benefits of the GMBT coin, please visit www.gamb.io