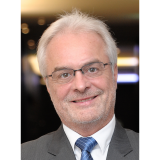 When you chat with a random stranger, you don’t exchange your phone number with him nowadays, you say ’add me on Facebook’. That way, we believe we protect our privacy a bit. Are we really that naive?

By giving our e-mail to someone we expose ourselves more than we could ever grasp. I’ll use Facebook as an example.

Joining a global social network, like Facebook, we put our privacy online. We are giving out information on many details of our life. First, when you join, Facebook requires of you to expose as much as data as you can (date of birth, where you live, where you go to school or work). Some of these data are mandatory, other is not. But if you don’t write down those data that are not required, you get constantly disturbed to give them out.

YOUR PRIVACY IS IN CONSTANT PERIL. Everything you have ever written on Facebook, now everyone can see via Timeline. You can hide your information from the people who are not your friends, but that’s where the magic really happens. If your friend is playing a game, he is required to allow access to his own profile as well as his friends personal profile and data. That way, if you want to have fun, you are unintentionally jeopardizing your personal friends.

I’ve came across this excellent article about the Social Media where it says that ''Facebook still dominates at 70% of account ownership but Google+ is not far behind at just over 50%. Keep in mind though that Google+ account is mandatory whenever you create a new Gmail account. This is pushing up the account ownership stats. No other social network has Google’s web assets leverage.''
Read full article and see wonderful graphs by following this link:

According to a new eMarketer report, “Worldwide Social Network Users: 2013 Forecast and Comparative Estimates,” nearly one in four people worldwide will use social networks in 2013. The number of social network users around the world will rise from 1.47 billion in 2012 to 1.73 billion this year, an 18% increase. By 2017, the global social network audience will total 2.55 billion.

Social media grasp on our lives

Large number of users are experiencing Facebook as a very stressful environment. Look at the research – here.

- 27% of total US internet time is spent on social networking sites.
- 15% of total US mobile internet time is spent on social networking sites.
- Social media produces nearly double the marketing leads of trade shows, telemarketing, direct mail or PPC.
- Social lead conversion rates are 13% higher than the average lead conversion rate.
- 21% of marketers say that social media has become more important to their company over the past 6 months.
- 74% of all marketers say Facebook is important to their lead generation strategies.
- Companies that generate more than 1,000 Facebook likes also get close to 1,400 website visits daily.
- 52% of all marketers have found a customer through Facebook in 2013 so far.
- On Facebook, brand posts achieve 50% of their reach within 30 minutes.
- 85% of Facebook fans of brands recommend them to others, compared to 60% of average users.
- 43% of all marketers have found a customer on LinkedIn in 2013 so far.
- 36% of all marketers have found a customer on Twitter in 2013 so far.
- 59% of Twitter users have visited B2B tech brand sites, compared to only 40% of average internet users.
- 25% of consumers who complain about products on Facebook or Twitter expect a response within an hour
- Women (48%) are more likely than men (43%) to regularly check out a brand's social page.
- 23% of marketers are investing in blogging and social media this year—a 9% annual increase.
- Approximately 46% of online users rely on social media, when they make a buying decision.